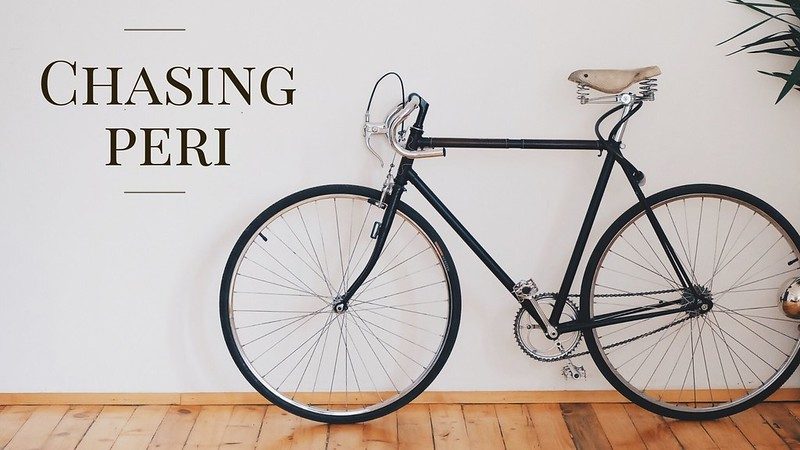 A journey of a lifetime starts with a single step

All great quests start when a group of characters come together to answer the call to adventure. The lord of the rings had Frodo, Gandalf and Bilbo Baggins The Characters in our great quest included myself, a wonderful longtime friend and adventuresome hiker Emily And Savannah or van for short a fierce Protector, amazing navigator and over all one of the best hiking dogs I have ever met.

And of course the leader of the pack SOX!

Ours started with a simple text from Emily suggesting we camp next weekend somewhere there is fall color after maybe somewhere near Grandfather mountain I little research and we came up with.

The Tanawha Trail, stretching 13.5 miles (21.7 km) from Julian Price Park to Beacon Heights parallels the Blue Ridge Parkway on Grandfather Mountain in North Carolina, in the United States. Tanawha, the Cherokee word for fabulous hawk or eagle is an appropriate name for this trail that offers hikers views of distant mountains. Completed in 1993, the Tanawha Trail, like the final section of the Parkway it mirrors, is unique in construction. The trail traverses a fragile and ancient ecosystem and leads hikers through a surprising range of biological and geological terrains. Some sections tunnel through thickets of laurel and rhododendron. Others dip down into remote hardwood coves and then ascend into evergreen glens. Boulder fields and cascading streams punctuate the landscape

Emily had an prior commitment that would not allow us to leave till 4:00pm Saturday afternoon. That would barely allow us time to get started before dark. But we did not factor in how bad the traffic jam would be around Linville viaduct . Or the fact that we did not have the greatest understanding of where the trailhead was, the map showed it in the Price lake campground. After circling the campground a few times looking for a trail head or a campground host. We spotted a park ranger, I blew my horn to get his attention. He ended up being a super helpful. He had us follow him to a place we could park, gave us directions, even pointed out water sources. We had to start our hike on the Boone fork trail so it was way past dark when we arrived at the Tanawha trail.

I have always found night hikes to be special but it rare for me to find someone to willing to venture into the darkness. Even I am afraid when alone but with Emily, Van, Sox and myself as a team we were emboldened. We were able to truly enjoy the night and the mysteries of the dark. As we walked through the forest we could see the vague the silhouette of the trees that surrounded us dancing in the breeze around us. It was a pleasant walk thru the woods.

Till we came to a road crossing. On the other side was a cattle gate, that led us to amazing pastures. Over one hill and down another almost two miles of rolling pastures overhead on a moonless, new moon night. The milky way extended from one horizon to the next. On top of one of the hills we took off our packs of and reclined in the grass enjoying the heavens. Mars shining brightly along with Jupiter and his constant companion Saturn. We lay there in awe as shooting stars whizzed by, we wondered where all the people in the planes were headed and just how big this vastness was? Part of us wished we could stay there all night but we had a few more miles planned so we reluctantly carried on.

At one point Emily pointed out that animal eyes were watching us, sure enough the reflection of two sets of eyes about fifty foot away from us were silently watching us. We could not see what it was but as we walked on we came to a edge of another pasture so we think it was deer

The terrain got much rougher after this, we were headed up the mountain now. We made a little over three miles, we were getting tired, it was getting steeper, rockier, it was getting late. We began to look for camp sites

This when we noticed that there were no campsites. We kept hiking, we went another mile and no sign of a campsite. Fatigue was setting in, we were exhausted. We started looking for any level place that even remotely looked like it would accommodate our tent. We even considered putting the tent on trail, after all we had not seen anyone else on the trail. We pressed on, we finally found a dry stream bed that was level and we could move a few rocks for a smooth spot. and no rain was in the forecast. It ended up being a perfect spot Emily made supper while I set the tent up and we made camp . I was very thankful for a three inch thick air mattress even if it was added weight. My knee kept we awake for a bit but overall a very restful night.

It was quite chilly but to our pleasant surprise it had not gotten has cold as expected. We bundled up in our sleeping bags with a cup of hot chocolate outside to continue watching the rest of the morning miracle. As the universe but on a light show beyond compare, the reds, mauves and purples danced and swirled, the life giving ball broke the horizon and a new day was born.

On most backpacking trips my breakfast consists of oatmeal or a freeze dried meal. But I have fall bucket list that include bacon on a fire amongst the pine trees. So no skimping this morning! We had fresh eggs and bacon for break fast! Oh wow! It will be hard to go back to oatmeal. The eggs over easy came out spot on, just the smell of the bacon aroused any living thing for miles.

I wish I had gotten a better photo of our campsite as it was not to bad. (While writing this article I discovered we were not really supposed to be camping on this trail) This was why we had such a hard time finding a suitable spot. As we were packing up another backpacker came by, His name was Matt he was from Arden and had Hiked the AT three times the PCT once and several more trails and he told us several interesting story’s. The only other people we met that were backpacking were an older couple that was section hiking the mountain to sea trail (Most of this trail was also the mountains to sea trail) The rest were day hikers.

The knees were fresh and the hiking was extraordinary! We went through various woodland forests. Seen many beautiful waterfalls and creeks, crossed several bridges. Emily has a remarkable background in horticulture so we able to discuss and share all about the different flora and fauna in the area. The amount of knowledge she has about plants never ceases to amaze me!

The trail up to Rough Ridge Board walk was a different world. All of the sudden they were hundreds of tourist’s going up and down the mountain passing each other in a hurried frenzy. We found a side trail, lightly hid our packs and went down away from the crowd for a bit. We found a massive rock with the perfect view. Took a long break here so we would not have to stay long with the crowd at the top

Back on the trail. Yes, the top was as hectic and nerve-racking as we thought but it was beautiful! As we tried passing one large group on some treacherous terrain Emily ended up falling, not enough to be badly hurt but enough to where were ready to get away from all these people. We did eventually get away from the crowds and found a perfect rock, for the prefect picnic, on a perfect day. Fresh mozzarella, humus, avocado, radish’s pita bread. Did I say how perfect this was!!!!

After lunch we had some more great hiking and seen unworldly rock formations that we wondered if the native Americans before us considered to be spiritually significant? I know we did! Even though we were running out of time, for we had to meet our ride back to the car. we took one more good break on this magnificent rock just to give it the resect it deserved

All good things must come to a end and this one was bittersweet I would have loved to continue to experience more of this beautiful place and continued on to Beacon heights but my body was screaming NO! My knee did not love me, my back hurt, my shoulders hurt, I hurt Our ride Richard, had hiked in a little bit and met us . I had along sore ride home in front of me but I had to make one more stop.

I do not think you could squeeze any more epicness into a overnight adventure. But just as lord of the rings left openings for a sequel this adventure maybe ending but as this sun sets the seeds for more more experience’s have been planted. 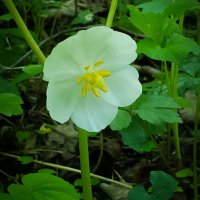 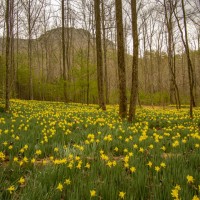 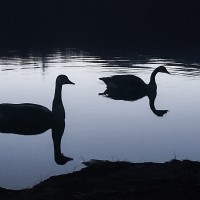 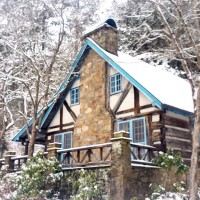 Many years ago me and Jesse camped at mills river for a week. One day we went trout fishing and while we were out we're found raspberries, blueberries wild garlic. It was the best trout I ever had. Tonight I tried to recreate the spirit of this meal.
Good bad or indifferent one page a day.
A great day on the river today! I would like to go back one day this week with a cast iron pan build a camp fire and cook a trout fresh!.
We had a great overnight to BlackBalsam. Thought I would take starfield photos before the moon came up. The clouds came in fast. So only one or two photos before being covered up. The wind blew hard all night. I may have had a tent causality but I maybe be able to get new poles. The azaleas and rhododendrons were in full bloom.
Closer to heaven!
Good morning 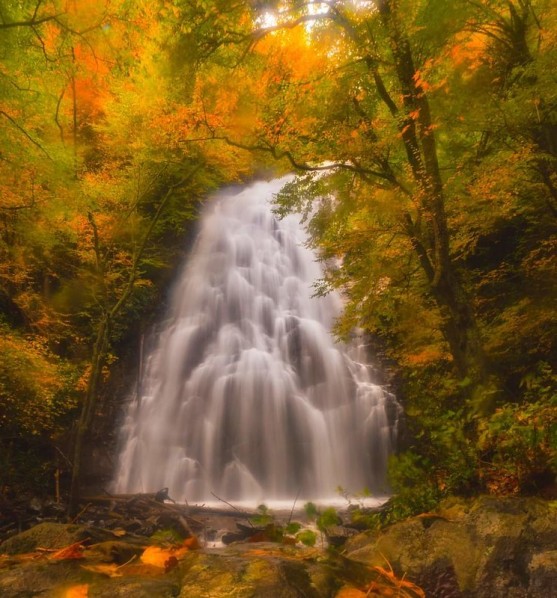 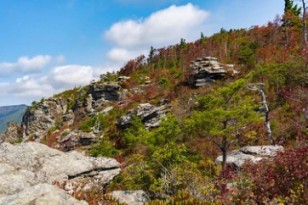 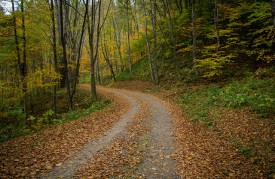